In the last 12 months we’ve seen  a few new and interesting torches from olight they have introduced a high performance floodlight/search light that claims an astonishing 12000 lumens and this thing is insanely small for the power output we’ve seen a new rechargeable keyring light with 900 lumens and  an awesome EDC thats 2500 lumens these feats have been made possible by the use of the new XHP70 LED chips which are four LED’s on one board that have a dome lens to unify and direct the light emitted from the led’s more efficiently.

Lets start with the smallest torch with the highest power that i have seen.

The OLIGHT S1R is ultra small with power previously only seen in a tactical size torch oh and they’ve made it rechargable!

You cant help but be impressed with this tiny 36 gram rechargeable torch. being so small and user friendly i would say this is a must have and the most handy little torch on the market. the beam of the S1R comes on gradually so your eyes have time to adjust to the bright yet soft and flood’y light. any task during the night is pleasant to undertake with ample amount of light and the compact size that allows you to get into hard to reach arias. A lot of thought has gone into this torch. A magnetic tail cap allows you to place it on any mettle surface . It is small and lite enough that you can clip it to the peak of a hat and use it as a headlamp

And how can you go past the self locating micro charging dock it just looks superb the dock and usb connector are both made of aluminium and have a blue anodised coating which matches the blue accents on the S1R. 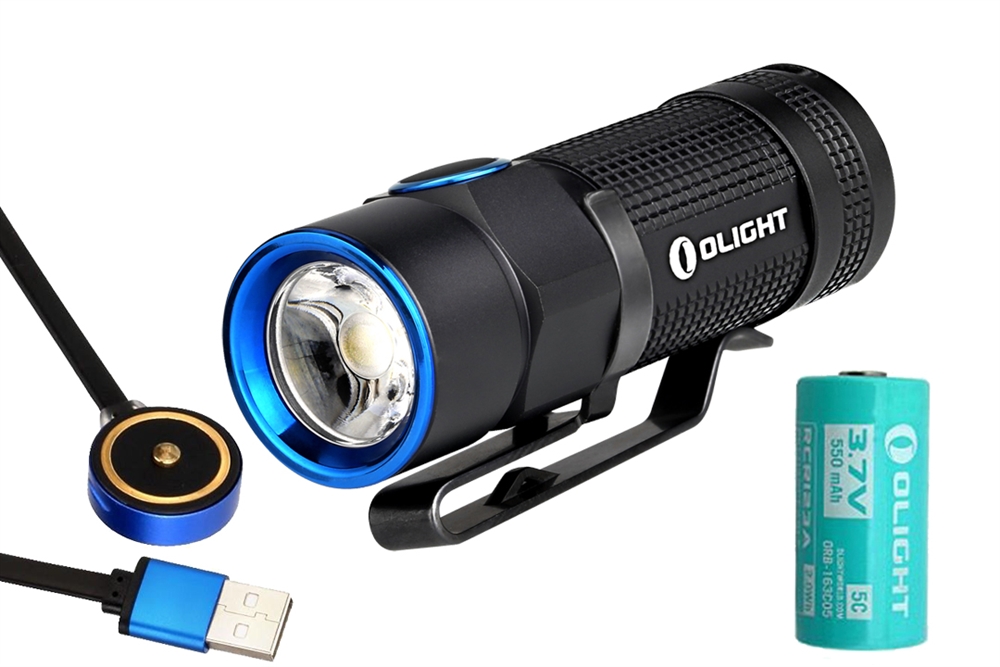 First thoughts of this torch i didn’t believe there would be much difference between the S1R and the earlier S1 baton on further inspection just the fact this is rechargeable is a huge upgrade then i pulled the micro charging dock out and it really looks nice and functional so now i’m itching to see weather or not its the real deal is it that much better than the older model? any one thats used the the s1 baton knows its a really bright torch for its size and to put the two beams side by side i was blown away, in comparison The S1R just looks like its in a whole new league of torch.

And of coarse some beam shots of the S1R which still don’t do it justice but wow for the size of the torch this is almost unbelievable.

as an emergency car torch or just an every day carry this torch has got you covered.